Nobody likes to be told what to do. Indeed, when you’re told you have to do something, very often it galvanises a kind of resistance. This starts in childhood. If you leave a child alone in a room with a biscuit for five minutes, they may eat it, they may not. But if you tell the child, “Do not eat this biscuit; if you do, all your hair will fall out!” then they will almost certainly have eaten it by the time you come back.

Therefore, the “Bremain” side of the EU Referendum are playing a dangerous game. Even if I wasn’t a Brexiter, the very fact that all the main political parties, many of the corporate interests, and individuals like Barack Obama are in favour of Bremain, would make me very suspicious indeed. Just why are the rich and powerful so against Brexit…? What are they trying to hide from us, hmm…? And to be honest, I’ve found the wheeling out of Obama to be a little offensive. I don’t need foreign leaders to tell me what to think, even if they’re so sexy and smooth they make me question my own heterosexuality.

Some facts now, not fear.

The UK is the world’s fifth largest economy. Plenty of countries trade with the EU and with other blocs and nations without having to accept the laws and a constant erosion of sovereignty. There is no “safe” status quo option in this referendum: the choices are ever closer integration (remain), or independence (leave). The EU was founded on the principal of creating a “kind of United States of Europe” — those are Winston Churchill’s words! (The European Union: A Very Short Introduction is a good short pro-EU primer on the EU including its founding principles)

So, thank you for your intervention, Mr Obama, but I have to tell you: YES WE CAN. Yes we can be free, yes we can be independent. We are a major player, and freedom will do nothing to hurt us. And YES YOU CAN: please stand with the chorus of elites who are trying to bully the British people. Hopefully we are so irked we vote for freedom, vote to leave.

In other news, so good to see Obama agree to give up the Dollar, pool sovereignty with South America, and have United States policy in all areas be dictated by non-US citizens. 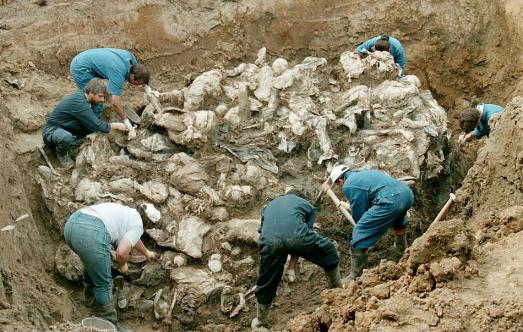 Contrary to the propaganda, the EU has not kept the peace in Europe. Look at the break-up of Yugoslavia and the tragic wars that followed. Rather, the EU is partly a product of the desire for the great European nations to not go to war with each other again. The desire to not go to war has prevented wars.

Yes, Europeans not wanting to slaughter each other yet again has kept the peace in Europe — when indeed it has been kept!. Not the EU. The EU is a symptom of that desire for peace, not a cause.

No more propaganda, please. Only facts. 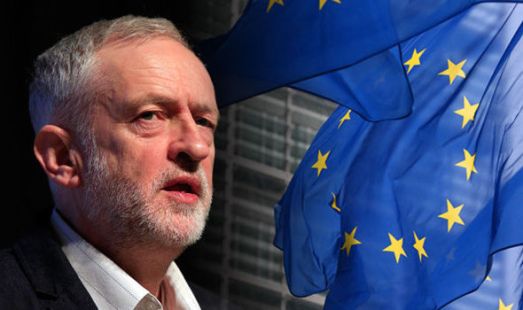 I’m not a socialist, but I was over-the-moon when Jeremy Corbyn was elected as leader of the Labour Party. An outsider, an independent mind, a long-time principled campaigner, a kind of British Bernie Sanders. He was the sort of guy we needed to shake our politics up. I’m tired of these career politician clones; I have a lot of time for principled folk of all political stripes.

How disappointed I now am.

The past week has seen Corbyn throw away much of his respectability.

First there was the biggest non-issue in history: David Cameron’s finances. The guy is a wealthy plonkstain, for sure, but he didn’t do anything illegal. The headlines should be: MIDDLE CLASS MAN MAKES SOUND INVESTMENTS AND MODERATE GAINS. Corbyn demanding that Cameron should publish all of his records and be subject to a parliamentary official probe was the worst kind of political opportunism and wholly unbefitting a so-called man of principle. And no, I’m not even a Tory!

And now he’s chucked his credibility in the bin. The man is a lifetime opponent of the EU (here’s a great article outlining his consistent opposition to the EU). Yet since becoming Labour leader he has had a magical change of mind. This is the lowest and most see-through political opportunism ever. To save his own skin, he has sold out a core principle which he has always fought for. At a time when our nation’s future hangs in the balance, he has chosen career politics over the nation’s welfare and over his own principles.

The man has lost my respect. Not because he is now in favour of us staying in the EU, whereas I am a Brexiter. But because he has jettisoned his principles for political expediency.

His statement about the EU was full of non-sequiturs. Take the following.

EU membership has guaranteed working people vital employment rights including four weeks paid holiday, paternity and maternity leave, protection for agency workers, health and safety in the workplace. Being in the EU has raised our environmental standards… and protected consumers from rip-off charges.[1]

I won’t take the time to rip his argument to shreds in this post as it would turn into a lengthy screed. But it suffices to say that a lot has changed since we joined the European Community in 1973, 43 years ago! Y’know, two years after decimalisation, and six years before Margaret Thatcher even became PM! The implicit point in Corbyn’s statement is that we wouldn’t have developed equivalent or better standards in the last almost half century without being a member of the EU — otherwise, his statement makes no sense. However, he is quite wrong. That we have been a member of the EU means that, like other members, we have developed these standards within the framework of the EU. Correlation is not causation. The UK would very likely not be stuck in a 1973 timewarp had we not joined the European Economic Community — or had we left it in 1975 as Jeremy Corbyn himself campaigned for! We would have developed our own, likely very similar, standards.

It is said that a week is a long time in politics. Indeed it is. The days when Corbyn seemed like (read: was) a man of unwavering principle, above the muck and grime of day-to-day politics, are long gone.

To Beget or Not To Beget…

I spent a recent weekend helping babysit a twenty-month year old girl. And by “help”, I mean cowering behind the fridge terrified. I’ve got no brothers and sisters, no nephews and nieces; kids to me are practically a different species. Especially small ones: imagine laughing when you’re happy, crying when you’re sad, saying what you mean, and knowing what you want! Where’s the duplicity? Where’s the angst? The enormous chip on the shoulder? I am in my thirties, no longer able to understand kids; I was born in a different millennium to them!

But as it turned out, the child was really an amazing delight. One of the nicest kids I’ve ever spent time with, in fact; kinda made me think that having one of these baby things one day might not be such a bad idea after all. Even the odd moments of tears were welcome; I quite enjoyed helping to calm the kidywink down.

The overwhelmingly positive experience is weird given the dream (read: horrific nightmare) I had the night I handed her back to her parents. I’m sure fans of Freud will have fun with this.

I Have A Dream…

Dark, moodily lit world, constantly twilight and grey. Everything was damp, rotten, dilapidated. Walls peeling. Even the very air and sky seemed worn. After some days living in this dreamworld, I realise that a pale, sullen child of around five years old seems to be wherever I am. In the shop, in the street, in the coffee shop. Always watching me, always unaccompanied by a grown-up. Eventually he gets closer and closer to me during these visits. I know he has an evil intent. I feel his evil presence. I try to outrun him, but he always manages to sneak up on me. NOTE: exactly like the evil force in the film It Follows, which is weird considering I hadn’t thought or talked about that film since the time I saw it.

And then one day, I wasn’t paying attention. I turned around and there was the child stood right next to me.

He slowly raised his right palm upward. I was transfixed in horror, perhaps mesmerised by some supernatural ability of his. His palm went towards my groin(!) He literally levitated my left bollock out of my ballsack, through my pants and trousers, into his hand. It’s like it was attracted by some magnetic force in his palm and slowly floated through these layers into his hand.

I stared at my gonad in his hand in horror and knew that he was about to extract the second. I had to get away, or I would never have children myself.

I somehow broke free of his gaze and fled. And fled again. He kept following me as before. But so traumatised was I, so underslept, that eventually I became slack again. One day I turned around to see the boy there, his palm outraised. I wanted to cry because I knew I would never have children, but no tears would come out. I accepted my fate and closed my eyes as his hand drew closer to my groin.

Then I woke up.

That dream was some seriously messed up nonsense. Tell me what you think it means. And do you know a good counsellor?