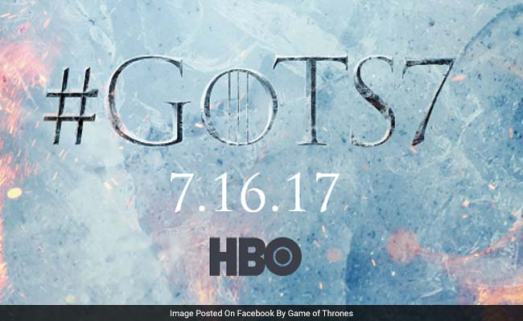 check out my film, TV, and Netflix blog at https://filmmovietvblog.wordpress.com/

As everyone knows, probably even out-of-touch politicians who need to watch The Zeitgeist Tapes, the show that made swords and sorcery mainstream and thereby robbed nerds of our one defining in-group characteristic, Game of Thrones, is back! Season seven kicks off this Sunday.

What can I say about GoT that hasn’t already been said? Not a lot, really, as much has been made of how close to televisual crack it is. I cannot wait, and I’m starting to get the “spoiler sweats”; y’know, the terror that someone will tell me what happens before I get home and watch the latest episode myself. Indeed, GoT has got a little bit stressful the past couple of years; instead of catching up when I can (*damn life commitments!), as I used to, I feel like I have to drop everything and watch each episode ASAP lest it be ruined… which itself ruins it a tad.

Even though I loooooooooooooove the show, I’m not as addicted as I was before; I didn’t suffer this past twelve months with no GoT as I have in the past. I also do not see how the ending can possibly top the series itself; I feel like even the best series ender of all time wouldn’t top what has come. Also, I can’t see how they can please everybody when the series winds up with season 8. Why? Because some people want to see a “happy ending”, with Jon and Daenerys getting hitched, crushing the forces of darkness, and ushering in a Summer that never ends. Others, and this includes me, feel that this would be an unsatisfactory ending and totally not in keeping with the rest of the show. I feel that only an end of pure depressiveness would be in keeping with the overall show; perhaps the “good” guys do win, but in their turn get corrupted, perhaps with Daenerys becoming every bit as despotic as her forebears. There is also another risk posed to the finale we all hope for, and it’s what I call the “Pirates of the Carribean Effect”. This is where, in an attempt to become “EPIC!”, films and TV shows get so overbloated, so full of whizz-bangs, that they drown in a sea of their own CGI and pompous self-importance.

Well, whatever the future holds for GoT in seasons seven and eight, I would love to see some spin offs. Indeed, I almost can’t see this not happening. So many tales to delve into.