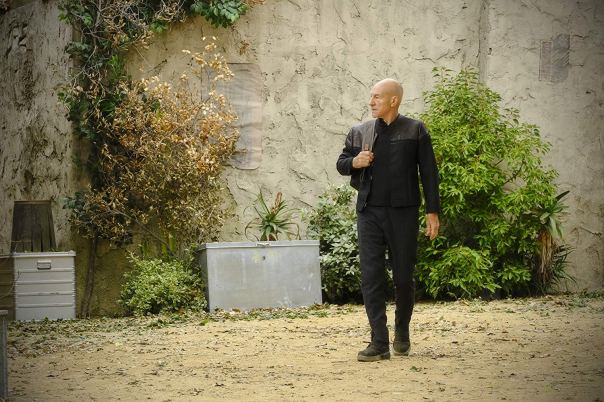 In Star Trek: Picard, “Absolute Candor” (S1E4), Jean-Luc Picard must face an unresolved personal issue from his past. It seems that Picard has apparently spent most of his life crashing around the cosmos, leaving his mark, and running away, leaving everyone else to pick up the pieces, like some kind of intergalactic lothario. Our other storyline, set on the Borg cube, is also becoming compelling, marked by increasingly nuanced character interactions between Soji and Narek. This was very much an episode delving into the past and how it shapes the future.

An exciting episode, better than the previous ones. I really felt absorbed in the world, like I’d known our merry band of explorers for ages — yet they only came together at the very end of the last episode. Our fellowship even has two new members, with the addition of a face from Star Trek‘s past, and the other from Picard’s past. I like how our crew feels like it has grown almost organically, giving us a chance to spend a little time with all of them first, instead of just dumping them all on us in the pilot. There was also some compelling racial tension on a de facto apartheid world which Picard refused to accept.

“Absolute Candor” wasn’t flawless, though. The meant-to-be emotional scenes with Picard facing his past seemed a little contrived and poorly acted, which is a shame as the characters involved all seem very interesting in themselves. Furthermore, this seems to be becoming a pattern in Star Trek: Picard; deep backstories, with years of emotional weight and angst behind them, are introduced, developed, played out, and resolved within the course of one episode, thereby robbing them of their full emotional impact. Why not settle these things over the course of several episodes?

Was this episode perfect? No. But there was a good balance of all parts — talk, action, characters being developed through their deeds.

This episode just nudges four out of five, by a nose.