Tom Mason, the Professor of History in Steven Spielberg’s post alien apocalypse TV series Falling Skies, rather well-played by Noah Wylde, refers to “when the Scots fought the British”. If a history professor (albeit a fictional one) doesn’t know that the Scots are British and at that time the Scots fought the English, what can I say?

This is one thing that really grates for all dwellers of these British isles, be they proud British unionists or fat Scottish nationalists, is the American misuse of the term “England” to mean “British Isles”.

What the hell is wrong with you Americans? England is not the UK. Scotland is not England. The Republic of Ireland is not in the UK.

It’s so damn simple to understand. Just take a look at this Euler Diagram! 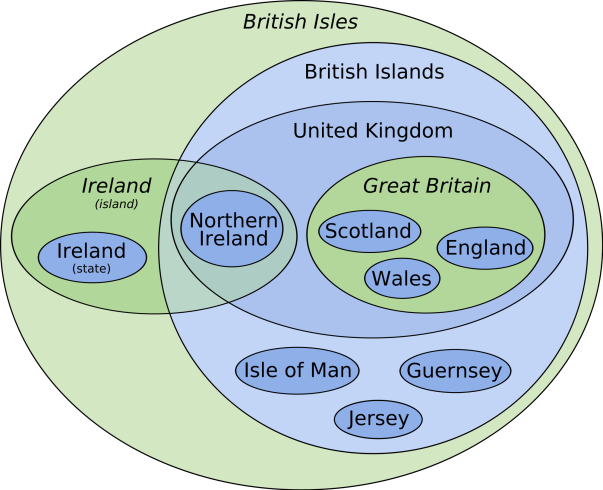