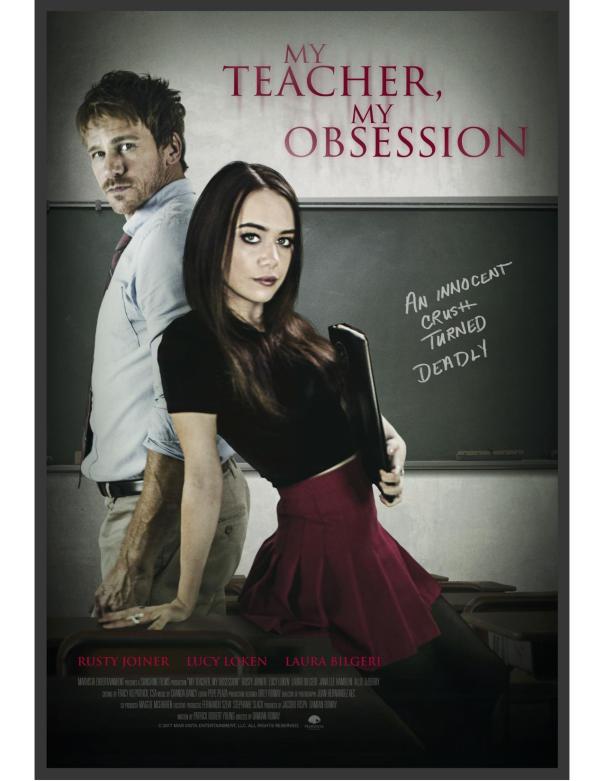 Riley (Laura Bilgeri) moves with her father Chris (Rusty Joiner) to a new town for a fresh start. Struggling to make friends, she eventually joins forces with fellow loner Kyla (Lucy Loken). Things are going well as Riley’s personal life begins to blossom, until it becomes apparent that Kyla is obsessed with her father and will stop at nothing to have him.

My Teacher, My Obsession is a fairly standard obsessive stalker-seducer movie which brings little new to the game. Having said that, the plot is generally well constructed and the characterisation is relatively believable. However, Chris’ vulnerability and struggles to resist seduction by Kyla should have been set-up more convincingly. Also, Kyla’s mother’s naivety regarding her daughter’s true nature doesn’t quite ring true.

Laura Bilgeri and Jana Lee Hamblin (Kyla’s mother) were convincing, trying their best to find the throughline in this script which sometimes sagged.

All in all, this is an entertaining TV movie, bubble gum for the brain. Generally competent, if trite, though woefully miscast in the case of Joiner.