check out my film blog here

A nurse struggling to overcome a recent tragedy starts work at a rundown hospital where an evil presence menace the young wards under her charge.

The story was fairly generic, but none-the-less decently constructed. It’s just that this is something we’ve seen many times before. None-the-less, the “abandoned” part of the hospital has a believably thick and creepy atmosphere, highly believable, and this kept us watching (more-or-less).

Not bad stuff at all, but subpar and fairly forgettable. Better execution from all players and the special effects department is what Flockhart deserved for her performance.

See the review for the first film in the trilogy here

The Legacy of the Bones is the second in the Baztan trilogy based on the successful book series by Delores Redondo. This instalment sees our lead, Inspector Amaia Salazar (Marta Etura), return to her childhood home and try to solve a case that, once again, is inextricably linked to her own past. The evil seems intent on coming for her and her family.

The second film of a trilogy often sags. The reason is that it doesn’t really have a beginning or an end, it merely serves as a bridge for the first and last parts. However, the Baztan trilogy is more a serial than a series, each episode’s story connected to previous ones but a fresh story. Sorry, did I say “episode”? Whereas the first film, The Invisible Guardian, felt filmic in a good way, this seemed like an overlong episode of any good TV police show. Is that a bad thing? No. But it wasn’t a movie. The plot wasn’t substantial enough. I felt like I was watching a TV series. Which brings me back to the point: this trilogy is a serial of three separate stories, so the sag is not really understandable.

Good performances all round, great photography, good costume design, and the plot was well-rendered, although the lurch deeper into hocus pocus was silly. It’s hard to see how this is a movie. A big step down from the first film. 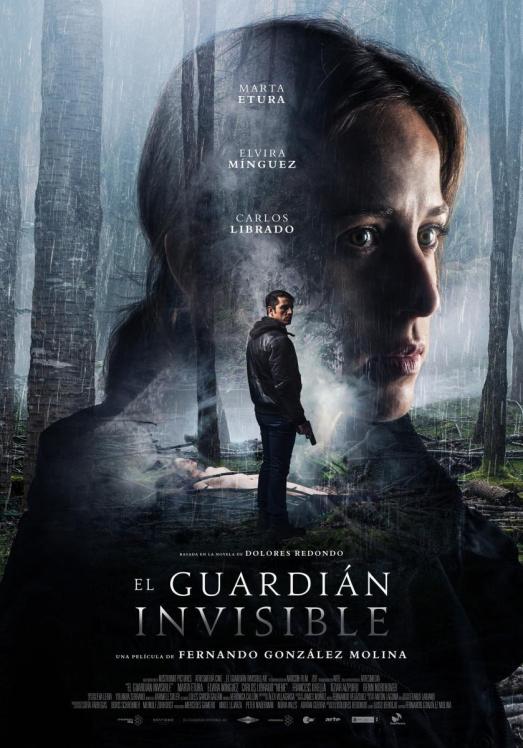 A female inspector, Amaia (Marta Etura), battles both her own demons and against a religiously-inspired serial killer whose lust for murder shows no sign up letting up.

Set in the haunting, rain-sodden countryside of the Basque Country, nature itself almost seems a character in its own right as embodied by the mythological “Invisible Guardian” of the forest. But Pan’s Labyrinth fantasy this is not; The Invisible Guardian is gritty, and gut-punchingly real.

The beautiful cinematography brings alive the unique culture and atmosphere of the Basque Country. The acting is first rate. The story was tightly plotted and interesting with shades of the Wallander books. This is the first of three films based on Delores Redondo’s books. Crime fiction fans should give it a go, it might be mildly entertaining for the general viewer. 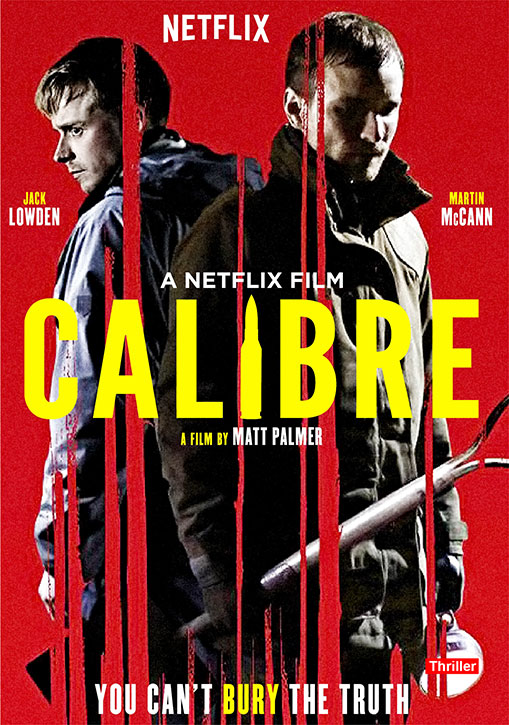 Two 30-ish year old childhood friends, Vaughn (Jack Lowden) and Marcus (Martin McCann), meet up for the first time in a few years for a weekend away in Scotland to celebrate Vaughn’s impending fatherhood; a kind of paternity stag do. Ironically, to hunt stags — all at Marcus’ expense. But when an incident happens, their trip is turned into a nightmare that which will change their lives forever.

There’s an awful sense of inevitability from the very start of the film, even before the truly shocking and gut-wrenching inciting incident. We know something awful is going to go down. The film gripped me with a suspense I haven’t felt for a while.

A true gem. Watch it. 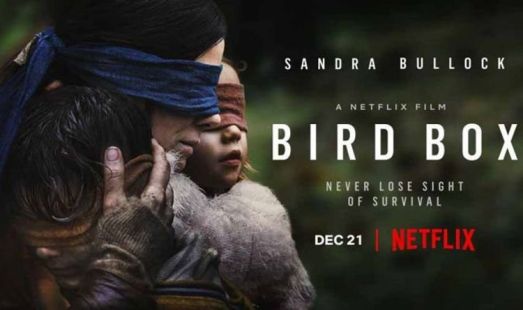 Take 2008’s The Happening and 2018’s A Quiet Place, pop them in a blender with a pinch of Oscar (Sandra Bullock, John Malkovich) and a dash of randomness (British comic actor Tom Hollander, rapper Machine Gun Kelly, Bend It Like Beckham‘s Parminder Nagra), and voilà! An evil presence blown on the wind is causing people to kill themselves or each other (The Happening) when they look towards it (swapping A Quiet Place‘s sound for sight).

We follow Bullock as she paddles her two young children up a certain creek to an alleged haven. The film interweaves with the tale of how she came to be on this river.

Bird Box is a human drama of survival against odds.

Scary, emotionally terrifying, and thrilling, the blight feels real even though the full details are never spelt out. A wonderful movie, what M. Knight’s The Happening could have been. 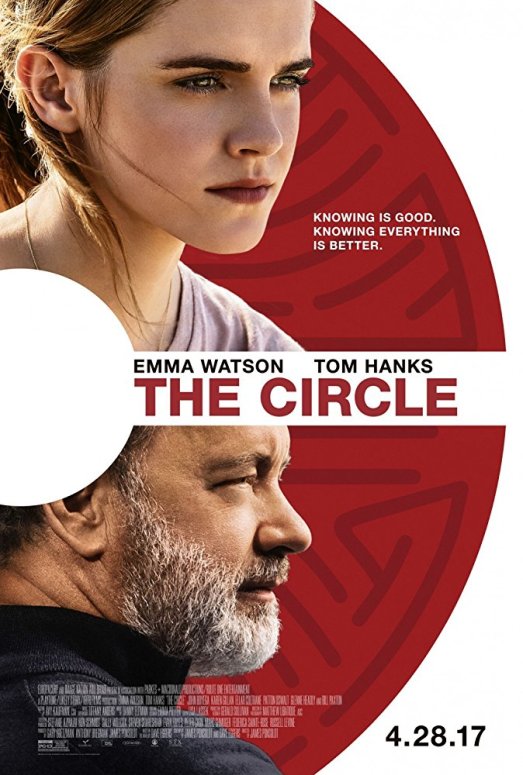 check out my film review and Netflix blog at https://filmmovietvblog.wordpress.com

The Circle is the world’s number one tech business, a Facebook-Google-Apple mash-up led by a kind of Steve Zuckerjobs (Tom Hanks). Young intern Mae (Emma Watson) scores a dream opportunity to work for the firm, but the dream quickly turns into a nightmare. The set-up is compelling: the darkside of social media and modern technology, the invasion of people’s privacy and the loss of anonymity, as perpetrated by floppy-haired, latte-supping, trendy technologistas, under the guise of techtopian idealism.

Sadly, a well-realised world deserves a well-realised film. Most characters are cardboard cut-outs that we don’t care for. The development of Emma Watson’s character is illogical; the more she suffers the folly of this Brave New World, the more she seems to buy into it. And the ending is unfulfilling and makes no sense; Mae’s reaction is the literal opposite of the logical end point of her story arc. Watson does the best she can, and Tom Hanks is compelling, but the lack of through-line in the script makes for a frustrating what-might-have-been mess.