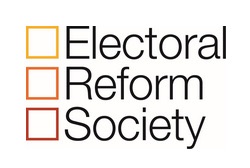 This Wednesday, your MP will have a chance to support Proportional Representation.

Jonathan Reynolds MP is proposing a Bill to scrap our broken First Past the Post voting system for Westminster elections, and to bring in the system that has been used in Scotland and Wales for many years.

Whilst the kind of Bill being put forward rarely becomes law, we think it’s important voters let their MPs know that they want a fairer voting system – and this Bill is a crucial step in the right direction.

If it were to reach later Parliamentary stages, the ERS would support it being amended to move to the Single Transferable Vote (STV) system used in Northern Ireland and Scottish local elections. But the Bill still represents a vital move to a more proportional voting system for Westminster.

Please urge your MP to back the Bill – email them today.

featured image and text from the Electoral Reform Society