I wrote this several years ago in around 2003; it’s one of my college-era poems.

Crippled pigeon, half brown, half grey:
How have you hobbled through the day?
How have you safely through the throng
Hopped your way the long day long?
How have you gathered up the food
To keep you strong when you’re eschewed,
And scorned, or kicked and chased from sight
By vicious children, fearless wight?
Yet lent against the kerb you “stand”,
And then I but outreach my hand
And Lo! Ascending to the sky
No crippled pigeon, strong you fly. 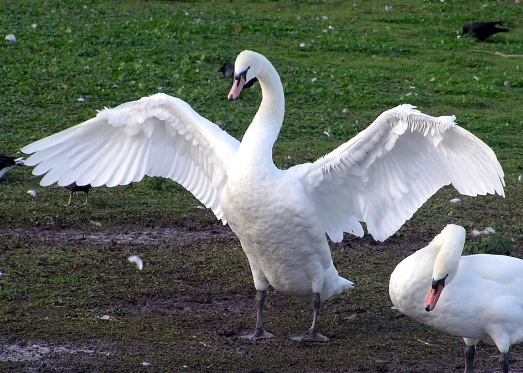 It was early in the morning,
Not long after sunrise,
That I was trudging to my workplace,
Crusty sleep in eyes;

My sagging head was lowly hung,
My face was bleak and wan,
And then at once bold in my path
Was stood a snow-white swan.

Her breast was out, her neck was stiff,
Her eyes that shone were keen,
Her form was strong, unmoving
Save her eyes that had me seen;

And nearer by a couple glid
So calm, and peaceful, free,
With pink mouths ope and trumpeting
Their happy song to me,

And there!
My gloomy wallow was forgot
As joy and bliss and truth begot.

I wrote this in around 2004-2005. Walking around parkland, I rounded a corner near the Thames, and all-of-a-sudden I saw this field of bluebells. A transcendent feeling overtook me wholly. I was a firmly committed atheist by that point, had been for years.  None-the-less, the pantheistic language of this poem I felt appropriately captured the way I felt in that sublime moment when I felt like I was gifted this field of bluebells.

I thank the lord my God I’m blessed
To see nature resplendent dressed,
All clad in richest purple hue,
The grass become a sea of blue;
And look what gently flutters by,
A wing that flashes golden eye,
As I amidst the long grass be,
Whilst golden sun shines down on me.
The heavens harken up above
To birds whose breasts resound with love,
A cool breeze makes the bluebells nod
To witness majesty of God.

hint: read top to bottom, then bottom to top.

Poems are never completed, only abandoned, and I think I’ve just about given up on this one (it’s been fifteen months since I was able to edit it). So here we go! Constructive criticism is quite welcome (you might help kickstart my mind!).

The Inevitability of Being
Stephen King was asked: why the horror voice?
He replied: why d’you think I have a choice?

Writers write ‘cos they don’t know how to not.
Pigs root in shite, and smile, for it’s their lot.
And time ticks down till end of all—just ‘cos.
But it’s not bad to revel in the what
You have unchange-inevit-ably got.

So hear me, world, this proclamation!
—declared outside of Barking station!

I make up languages no one can speak!
I love Sci-fi, lattes, and ancient Greek!
I crave cliff top vistas yet I hate heights!
The snoozing city stirs my soul at nights.

I wrote this poem as being explicitly Epicurean. I view it as the younger, crapper brother of my other poem On Reading Ecclesiastes 3:19-21 Again. I read it on my YouTube channel here.

Send me a pot of cheese
That I, on special days,
May feast if I so please.
But on the everyday,
Crackers, unbuttered bread,
Keep hunger well at bay;
And knowing this brings joy
That will not dim or cloy.

I do not fear the sky,
It’s only atoms, air,
So really, why would I?
The Gods don’t lie in wait
To strike from clouds with bolts
Then sprint off with Giants’ gait;
And knowing this is strength
That lasts my whole lifes length.

Is Death a thing to fear?
Was pre-conception woe?
Nope, death ain’t worth one tear.
But death of friends is pain,
Oh yes, but thank luck you met,
They now indwell your brain;
And knowing this is calm
Remembrance the mind’s own balm.

The dreadful things in life
Infirmity, disease,
Are not fantastic strife:
If long, they ebb and flow,
If short, they soon have passed,
Both ways it’s finite woe.
And knowing this cures fear
Since relief is ever near.

But now it comes to mind,
The foremost thing to do
Is love the life you find;
It’s the only life you’ve got,
You’ll never have another,
So waste not your precious lot;
Don’t rue what you dont own
Most men have greater plights to moan.

So before I drift away to never wake,
Heed my final words, for Goodness Sake!
Sing, dance, embrace your life,
Eat, drink, enjoy your wife.

This is probably the poem of mine that I am most proud of. It’s riddled with flaws, yes, but I think it has a little merit, too. Either way, I thought I’d like to share it here. I already posted it on my YouTube channel.

It’s my reading of Ecclesiastes 3:19-21 (in the Bible, if you don’t know what I’m going on about) in the light of my Epicurean mindset (as in Epicurus). Like all poems, this one is abandoned not “finished” (that is, I tweaked and tweaked and tweaked until I just stopped and never went back to it).

After Reading Ecclesiastes 3:19-21 Again
by Bryan A. J. Parry

The reason Nature seems to test mankind
With cold and stone-hard stares, and unmoved mind,
Is just to make him see what’s plainly true:
He’s like an animal, nay, is one too.
You don’t believe me? Why then, let’s just think.
As man is born, so is the beast, then blink
Your eyes, and both have died, caught in some snare,
Or else disfigured far beyond repair
So soon thereafter breathe the final breath,
Dispatched to earth, the source of life and death.
So man has no advantage o’er his brother,
As wretched death claims one, he claims the other.

Did I say “wretched”? Actually, it’s worse.
The brilliant mind of man can seem a curse;
Illumination, yes, but searing heat,
So awestruck man performs a wondrous feat:
He stoops, then squints, and fumbles in the gloom,
So hastening through his misery his doom.
But animals, whose brains are dim, live thus:
They flit, they drink, they eat: no sordid fuss.
A man of reason can’t conceal his mirth:
Poor man is heaven-bound, yet beast to earth!?
Kind Nature’s given beasts to simple pleasures.

If only man would use his mind: it measures
Out every thing that he could ever need.
They are: to flit, to drink, to love, to feed.
This recognition of kind Nature’s goal
Produces gladness, elevates man’s soul;
The joy and pleasure transcend mortal frame:
This soaring spirit ills can never tame. 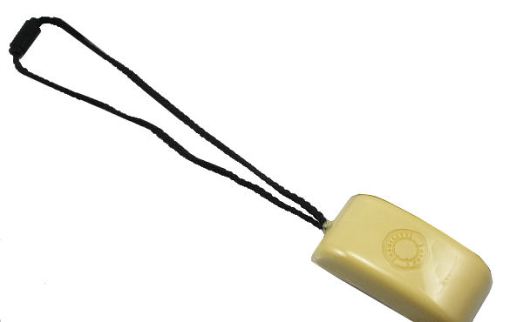 I went to nick a phone but failed,
Then was nicked, and then was jailed,
For just a week and just a day
I had to pay, and pay I did.

You see, quite unfortunately,
Must admit my fallibility,
I am quite the serial crook —
On all the scams I wrote the book.
Snatching babies, ransom notes,
Forging bank deeds, forging notes,
Charlie smuggling, brown horse nights,
Countless ex-girlfriends, just one ex-wife,
All I’ve done and all done over,
Now the choice: to stand, bend over?
Hmm…

The coppers brought me in for one
But then, and how, and oh, what fun!
My wife and all the sad others,
All ex-friends and all ex-lovers,
Testified and sold me out,
Now I’m feeling the jail clout.
Eight days, it was, now it’s more,
Just a bit — three years to four.
But my real worry now I’m in nick
Is: I’m eight stone and five foot six.
Hmm…

To bend for soap or stand upright,
To be relaxed or be uptight —
Not that it matters a jot, a bit,
For eight days or more I cannot sit.
Yes I was humbled and made less man
When in the shower or on the can
I heard the creep and heard the splash
And heard the whisper, wished to dash,
But when inside, there’s no place to go
But in the dark where the sun don’t go.

So closes this, my tale and song.
I urge you, think quite hard and long
‘Fore you transgress the word of law,
Or you’ll be left, cold and poor.
Believe me when I say you’ll find
You ought to treasure your behind.
And when you think to do those deeds,
Really, I beg you please,
Do the wise man not wise guy thing:
Take not from your soap, your soap’s fast string.

As for me, though, now Wandsworth’s served,
With all the cruel and callous observed,
Return to Susan and found, My word!
Instead of her that stirred my snake
I found that I was wont to take
Not to her, but her brother Jake.

[Bryan: here endeth the heart-warming tale of prison rape and consequent conversion to homosexual preferences; I can think of many ways to improve this poem, but thought I’d post it up as it was]