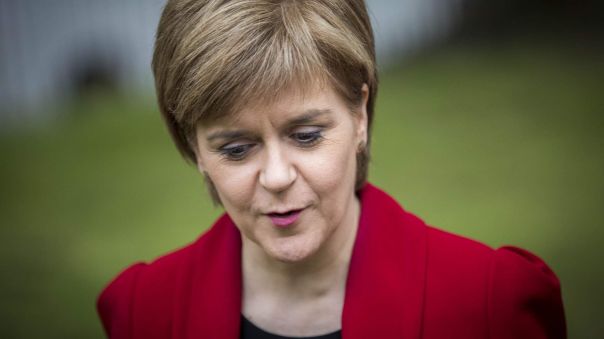 … the SNP and Scotland are not the same thing …

I am a unionist … but I am a democrat above all else … if Scotland wanted to leave the UK, then it is undeniably right that they should leave … Yet now demonstrably is not the time for another referendum.

I’ve lost all respect for the Scottish National Party. They are acting like opportunistic, hateful scum. None-the-less, I still 100% respect the idea of Scottish Independence; let’s not conflate the SNP and Scotland, as if they were the same thing, even though Sturgeon and her motley crew keep trying to blur the distinction.

I want to be clear about something.

Yes, I am a unionist and believe that the four nations of the UK are better off together. However, I am a democrat above all else. And even though it would break my heart, if Scotland wanted to leave the UK, then it is undeniably right that they should leave, although I would bid them adieu with a tear and a friendly handshake. See my posts about the 2014 Scottish Independence Referendum for more about my views.

But now demonstrably is not the time for another referendum. SNP leader Nicola Sturgeon talks about the “democratic outrage” of not being allowed to hold another independence reference by 2018-2019. But I think the only outrage is her behaviour and that of other SNP top brass.

In short, the Scots are a nation and not a county of England — as Alex Salmond absurdly recently claimed is the opinion of those against doing IndyRef2 in the SNP’s timeframe of 2018-2019. And thus, they have absolutely the moral right to another referendum. Luckily, the UK government is more enlightened than, say, the Spanish government, and we’re happy to give a binding referendum to Scotland. But this timeframe of 2018-2019 is absurd. It is political opportunism. Let’s wait until the next parliament. If there is wide enough support for another referendum, then let’s crack on with Indy Ref 2!

There has been much talk in the EU referendum that a vote for leave would trigger a second Scottish independence referendum. Why? The logic is that support for the EU is highest in Scotland (leave is currently polling at a mere 17%). Indeed, the idea of a second Scottish independence referendum makes sense; if the majority of the UK, and a majority of the other constituent nations, voted for leave, but a clear majority in Scotland voted remain, this would indeed legitimately raise the question of whether the UK still worked for Scotland (if indeed it ever did). Certainly, Nicola Sturgeon, leader of the SNP, is fond of raising this point.

As a unionist, yet someone who is strongly for leave, this worries me.

However, two points are worth making.

Went to The Draft House pub in Hammersmith (W6 7NL) yesterday with a mate. No sooner had we found a good space in the beer garden, than a floppy-haired tattoo-sleeve-wearing barman flounced over with a vintage clipboard and antique paper menu with brews bearing such names as “Aprigot [not a spelling mistake] Sour Apricot”. Before we could get over the strange unpubiness of all this, we were asked if we would like pints, halves, two-thirds of a pint, or one third of a pint.

Being married to a Spaniard, I’m used to the concept of tiny, shot-like glasses of beer: the caña, the zurito. But I’d never seen it in England. However, I think the concept will catch on; there’s a real niche for smaller-than-pint sizes of beer.

But will the name “two thirds of a pint” catch on? Unlikely.

I unilaterally dubbed this measure, the “two’th” or “tooth” — as in “two th[irds of a pint]”. A much catchier alternative. So we spent all night ordering “tooths”, and we spent all night not being understood. We feigned confusion: ‘You know: tooths. It’s what we call two-thirds-of-a-pint round my manor, guv’.

Go to a pub and order some “tooths” today! Free fun! 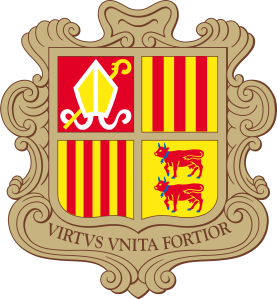 Question:
Which sovereign nation has an elected monarch  as head of state, even though he is elected to this position by people of a different country to that which he reigns over?

Answer:
Andorra. This tiny European country, located in the Pyrenees between France and Spain, has two joint heads of state, both with the title co-Prince. One of these co-Princes happens to be whoever the current President of France is. This peculiar situation has persisted since the year 1278. So it clearly works, even though it sounds like it was dreamt up as a prank.

Scotland has decided to remain a part of the United Kingdom, and rather convincingly too: 28 councils ‘no’ vs. 4 councils ‘yes’, 55% ‘no’. Thank <<insert mythical being here>>! But, as the BBC keeps telling us over and over until the words have now lost all meaning, “a vote for ‘no’ is also a vote for change”. So here’s some serious pros and cons as I see it now that Scotland has voted ‘no’ to independence.

…wait. Why was I pro-union, again? Oh, shit!! Can we do this vote again please, and this time really irk the Scots so they vote ‘yes’…

My wife is Spanish. What I thought would be a splendid union of two noble cultures has been far more prosaic than I hoped. Here’s some of the things I’ve learnt over the last few years about Spain and the Spanish that you probably didn’t know.

1. Say It With Grapes

At New Year, Spaniards all around the world gather in the town square and wait for the main clock to chime twelve. Nothing odd about that. But instead of dropping the ball, as in New York, or smashing nearby cars up and passing out in their own vomit, as in England, they eat grapes. One per dong. More difficult than it sounds: one grape per second, no spills allowed. Even more trying given that the Spanish hadn’t even discovered the seedless grape till circa 1999.

You’re probably aware that Spain uses the continental two-pin plug. What you might not be aware of is that in Spain, the plug sockets have no on/off switch. In the beginning, I thought my girlfriend (as she was then) was drunk or stupid when she would stare at an obviously turned off (UK) plug socket and complain that the phone/computer/house must be faulty. Even now I forget and try to turn Spanish plugs on/off. Even now my wife forgets to turn British plugs on.

They don’t say “please” and “thanks”. Simple as. If you say them in Spanish as often as I hope you do in English, you will sound completely servile and probably mad. Just learn to gesticulate like a foreigner. And if your English friends complain that you are affecting a Frenchy air of late, tell them that it’s Spanish, actually, and that’s how they speak.

So, many years ago now, I went to a shop on my holidays in Spain. I bought my stuff, said “por favor” and “gracias” – although the shop assistant didn’t join in, the rude cow (see above). And when it was over, I held out my cupped hand, ready for the weighty clunk of change – at which point she looked at my hand, sniffed, and slapped the money down on the counter. So rude.

It kept happening though. Did my blotchy, sun-inflamed skin give me away as a filthy Englishman/German (see next point)? Or did I just have that sort of face?

Eventually, I met my gem of a girl. One day we went to a shop (in England). She paid. The cashier held out their cupped hand, ready to receive the coins. And my girlfriend looked at the hand, sniffed, and slapped the change down on the counter! Who had I gotten myself involved with? Some etiquette-shunning harpy?! As it turned out, no one in Spain places money in the hand. I’ve asked why, but nobody knows. They just don’t. And the “sniffs”, I presume, were disapproval at my ignorance of local customs Cupped hands! What next? Not slaughtering bulls for fun!?

Fun Fact: the Spanish are doing it wrong. It takes ages to pick the coins up off the counter.

The English don’t like speaking “foreign” or doing “foreign” things – as if “foreign” were a homogenous category, several shades of class lower than “English”, and one shade higher than “creature”.

But small-minded, arrogant, no-history Yanks are worse, what with their incessant remaking of non-English language films into (generally inferior) American versions. Even in little England we don’t tend to dub foreign movies. Although we don’t bother going to see them, either.

And the French! They won’t even speak to you in English – even though they understand it, even though you talk loudly!

But the Spanish aren’t immune to a touch of chauvinism.

When it comes to films, the Spanish just dub dub dub. I’ve even met Spaniards who are under the impression that much of their American-dubbed culture is, in fact, Spanish(!) And so the Spanish can only speak Spanish. And so the Spanish never visit non-Spanish-speaking lands.

And worse still, they can’t tell the difference between us and the Germans(!) I keep trying to tell my Spanish friends: we don’t wear sandals with socks! That’s those insane Germans, again! The response? You’re the same thing, aren’t you?

You may know that the Spanish greet with two kisses, one on each cheek. What you may not know is that, even if you or the other person has a raging cold, it is seriously bad form to refuse the kiss. Protestations of being ill will not cut it. Pucker up.

Plugs again. The hottest of all searingly hot topics.

Me and the wife in a hotel. wife goes into bathroom.

Me: Um, sweetums. There aren’t any plug sockets in the bathroom. Anywhere. Ever.

Me: Err, it’s… not safe, sugar lump… because water could go… in there (blank looks from the wife) … and… KILL you…

The problem here, you see, is that cowboy builders designed all the electrics in Spain. All bathrooms have plug sockets (which don’t turn off, remember). And all plugs are two-pin, so plugs end up hanging halfway out. And in the bathroom they end up all dewy. I can’t tell you how many times I’ve been mildly electroshocked.

A funny thing to get twangs of patriotism about, really, plugs. But there you are. God save our Great British three-pin plugs and plugless bathrooms.

8. All Beaches Are Nudist

All men, and women, whip out their bits and march up and down the beaches nude. And yet there still is a separate category of “nudist” beech; presumably on these, they take their skin off.

The land of fiestas and flamenco. The British love the Spanish and Spain. When Brits hear my wife’s accent they excitedly ask her, “Are you… Spanish? You’re so lucky”. The food, the wine, the sunkissed beaches. We admire their culture. We are overawed by how loving, open, happy and unBritish they are. The Spanish believe life is for living, whereas the British treat it as a chore to be begrudgingly undertaken. But the land of love has a dark side.

Simply put: they’re incredibly racist. They don’t don white sheets and wield flaming crosses on horseback. No. But they do have a rather low view of non-whites. I’m tired of hearing Spanish people talk about the “smell” of black people, or how foreigners are all weird or stupid.

Whether they’re tossing donkeys from balconies. Whether they’re releasing 2000lb bulls in an alleyway and screaming after they hurl themselves on its horns. Whether they’re strapping fireworks to their back, lighting them, and careening down packed streets. Whether they’re pelting each other with tomatoes and in so doing destroying the Spanish fruit and veg export industry. One fact remains.