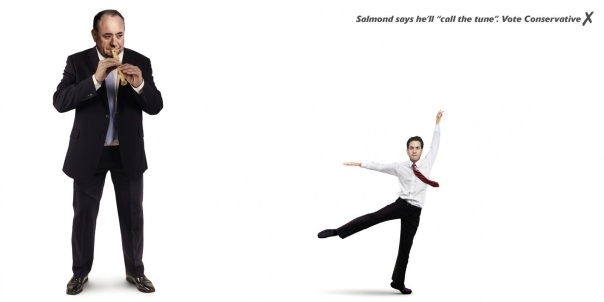 Tomorrow, you will vote in a General Election.

All of the main parties are trying to scare you into voting for them.

The Conservatives tell you about the horror of a Labour-SNP coalition.

Labour tell you about the horror of a Conservative government which will cut, cut, cut.

The LibDems tell you about the horror of a hung parliament.

Don’t vote to keep the other guy out.

Don’t vote for the lesser of two evils.

Vote for who you want to win. Even if it’s the Greens or UKIP and they won’t win anyway.

Be brave. Vote for your favourite candidate or party. Don’t vote for who you   wouldn’t hate the most to win: only by being brave like this, will we eventually change politics in this country.

The General Election is a mere 30 days away and the politicians are desperately trying to make us choose them instead of whatever else is on the menu. But instead of setting the menu aside and just going for the same old dependable slurry that you always pick, open your mind up to change. I find think this quiz is pretty good. Take it and see who you really agree with (instead of who you think you agree with or who you want to agree with).