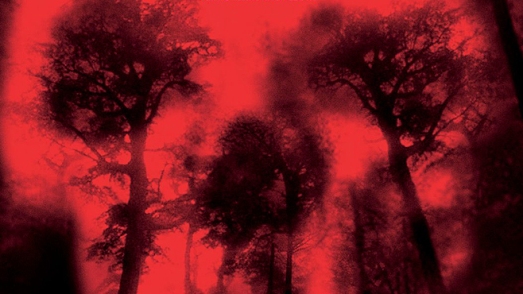 It used to be that to qualify for a reboot or remake, a film had to satisfy two criteria:

Not so anymore. The appearance of Cabin Fever, a 2016 remake of a middling 2002 film, means all bets are off. And it’s not the only one:

Using sophisticated NASA-style algorithms (read: guesswork) powered by the next generation software and hardware (read: coffee, boredom in my job), I have managed to foretell a 100% accurate schedule* of film and TV reboots for the next few years.

So put these dates in your daybook, because these films are coming to a cinema near you!

*At time of going to press: all changes to schedule are the result of a mishap with a DeLorean. 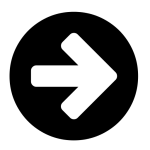 Honeymoon stars the ridiculously lovely Rose Leslie (a.k.a. “Ygritte”, of Game of Thrones fame) and Harry Treadaway as can’t-keep-their-hands-off-each-other newlyweds Bea and Paul. Honeymooning in Bea’s family cabin in the woods, things start to unravel quickly for the young couple after Paul wakes up to find his wife sleepwalking in the woods. Despite claiming no memory, it soon becomes clear that something very bad happened that night.

So what did happen in the woods? The film never spells it out. But it doesn’t matter; the nocturnal events are merely a device to explore what becomes of a healthy and seemingly rock solid relationship when one partner is violated in some way.

Brilliant and deeply unsettling, the off-centre performances heighten the tension. Honeymoon gave me repeated goosebumps and made me shiver almost endlessly. Horrific and disturbing. Perhaps the finest American horror film in years.

12 Years a Slave is the third film from young British director Steve McQueen. Adapted from the diaries of Solomon Northup, the film is set before the American Civil War and tells the true story of a free black man from the northern United States who is kidnapped and sold into slavery in the south, subsequently spending 12 years trying to get back to his family.

There’s a big buzz around 12 Years a Slave. It seems to be this year’s in vogue film, dealing as it does with controversial subject material (blacks, slaves, impregnated black slaves). But let me tell you a secret, dear reader, something nobody dares speak, that nobody even dares think: the film, err, isn’t that great.

So it’s bad, then? Not at all. It’s actually fairly solid. But the glowing praise and universal acclaim that it’s garnered, along with the multiple Oscars that it will land, have simply not been earned. Sadly, this film is exactly the kind that the lovies and wannabe intellectual journalist-types adore. Nobody wants to say the Emperor has no clothes because they’re scared it might make them look insensitive or, worse, uncultured(!) Gulp. But the film just doesn’t work. And how I desperately wanted it to work, how I crave to say this blew my mind.

So what is wrong with it?

It all comes down to one thing: you just don’t care what happens to Solomon. He’s clearly a good man, but his struggles and the eventual conclusion of the film leave you feeling rather cold. Crescendo, big moment, obstacle overcome at last, tears on screen – and yet I was left unmoved. Time after time. I thought: Am I bad? Have I become desensitised? Do I not care enough because he’s not white? Am I secretly heartless and/or a racist? Some of my best friends are… I looked around the cinema to see if someone, anyone was crying. But thankfully, my white middle-class liberal angst was for nothing, because nobody in the cinema cared either. All I could see in the half-light were puzzled faces looking around as if to say, “Oh, okay…?”. It’s not that the film’s bad – it’s not. It’s more that we simply don’t give a monkeys what happens to Solomon. He’s a good, upstanding man, sure, no real evil in him. He doesn’t deserve his plight. And he doesn’t do a single bad thing in the whole film. But then again, he doesn’t do a single good thing either. Indeed, he doesn’t do a single thing at all.

The film can be summarised thus: Solomon gets kidnapped, sold into slavery, keeps his head down and does a whole lot of nothing for two hours, Fin. Sad fact though it may be, a heart-rending true story does not a heart-rending drama make. Drama isn’t life, and we the audience need more reasons to emotionally invest in the guy and his journey other than, “he’s a normal bloke who gets kidnapped”. What kindness does he show his fellow slaves? What friendships does he make along the way? And, if you can forgive me a wanky film critic moment, how is the drama of the piece advanced in any way whatsoever by his actions be they instigating or reactive? Answer: it isn’t.

True story or not, the screenwriter and director needed to give us a reason to cheer for Solomon even if that means not being “true” to what really happened. The film presents Solomon with many opportunities to show his kindness, to forge relationships with others that we can really emotionally invest in, and yet he doesn’t. And no amount of understated performances, subtle plays on the material, or beautiful cinematography can disguise the fact that the central narrative of this film violates one of the fundamental rules of drama uncovered as long ago as by Aristotle: things shouldn’t just happen to the characters, but it should be through the characters’ actions that drama unfolds. Unfortunately, in 12 Years a Slave, stuff just happens to Solomon, and he just doesn’t do anything about any of it except occasionally to serve his own ends (and even then, in the most undramatic and inept fashion). The effect is we sit through two hours and thirteen minutes, and we just don’t care. A commanding performance by Chiwetel Ejiofor is nowhere near good enough to rescue the material.

But it’s not all bad. Indeed, and here’s the real tragedy: it’s most fairly good.

The film features relative unknowns in the lead roles, but also some heavy hitting A-listers in support: Brad Pitt, Michael Fassbender, and Benedict Omnibatch (I mean Cumberbatch: sorry, didn’t you know? New Hollywood rules state that a film is not allowed to go ahead unless Benedict Cumberbatch is cast… in any role… somewhere).

Fassbender in particular is mesmerising as slaver Edwin Epps. He’s a borderline alcoholic with conflicted emotions about his slaves. Yeah, they’re his property, but he doesn’t delight in brutalising them. He seems more a victim of his alcoholism and his henpecking wife (played well by Sarah Paulson, despite a lack of material to work with). And slave girl Patsey is richly portrayed by newcomer Lupita Nyong’O. The film is worth watching for her performance alone. Yet Brad Pitt’s cameo was slightly jarring: I couldn’t stop thinking, “Look! It’s Brad Pitt doing a Brad Pitt!”

Much to the film’s credit, it also does not slide into the predictable tropes of the slave genre. No, the slavers are not all evil; no, the blacks do not all form loving bonds with each other and sing Kumbaya round a campfire; no, the pretty black slave girl does not get knocked up by the white slave master. And for this, the film is to be commended; it gives us a fresh take on a familiar story. It shows the shades of grey that the situation engendered whilst still leaving us in no doubt as to the brutality and unspeakable wrongness of slavery. And yet it also doesn’t show caricature slavers joyfully lashing slaves for the yeehaw of it, nor does it go for sensationalism.

The direction was gripping. A reveal of one character’s whip wounds early on produced a collective gasp from the screening room. And there’s one particular shot in the field where the camera is locked on the scene for what seems an age without moving: the effect is disturbing and brings home the evil of slavery better than a thousand lashes ever could.

In short: I desperately wanted to say “best film since Schindler’s List”. But this “one of the best films ever” [Telegraph] isn’t fit to tie the emotional and dramatic boots of Toy Story 3, and was, sadly, much, much less than the sum of its mostly majestic parts.